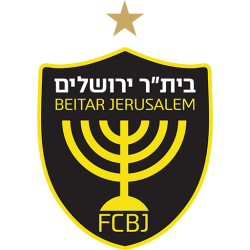 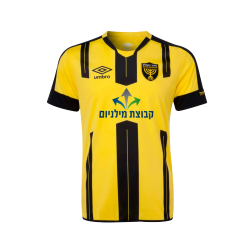 The club was founded in 1936 by Shmuel Kirschstein and David Horn, who chaired the similarly named Betar branch in Jerusalem. Several team members were also part of the outlawed Irgun and Lehi militias closely associated with the right-wing Revisionist Zionism movement. The club has traditionally worn with kit colours in yellow and black. The team has played its home matches in the 31,733-capacity Teddy Stadium in the Malha neighborhood of Jerusalem since 1991.

Beitar's fans have become a highly controversial political symbol in Israeli football culture, unofficially aligned with the Zionist movement and to the right-wing Likud party. The club remain the only one in the Israel Premier League to have never signed an Arab player and the fans became infamous for their racist 'Death to Arabs' chant" However, in January 2019 the club celebrated its first year without any cases of organised racist chanting reported from the stands. The stadium is named after long-time Jerusalem mayor Teddy Kollek, who was in office during the time of its construction and was one of its prominent advocates. 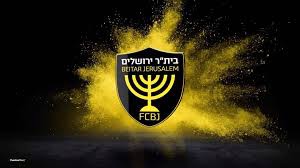