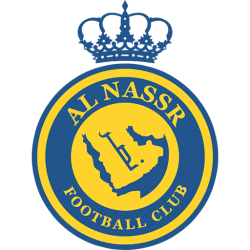 Al-Nassr is one of the most popular clubs in Saudi Arabia, with a combined total of 42 national, regional and friendly championships to its name.

The club have won 8 Premier League titles, 8 Riyadh Region League titles, 2 GCC Champions League titles, 3 Saudi Crown Prince Cup, 6 Saudi King's Cups, and holds the impressive feat of pulling a historic Asian double in 1998, by claiming both the Asian Cup Winners' Cup and Asian Super Cup, This achievement landed Al-Nassr a spot in the first FIFA Club World Cup where it won the Fair Play award, thus, making Al-Nassr the first club from Asia to play on an international level, as well as becoming the first team in the world to win such an award. This in turn, gave the club its famous nickname: "The International".