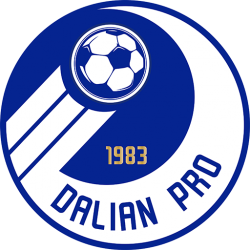 Dalian Professional Football Club (Chinese: 大连人足球俱乐部) is a professional Chinese football club based in Dalian, Liaoning, that participates in the Chinese Super League under licence from the Chinese Football Association (CFA). The team is owned by Dalian Wanda Group headquartered in Beijing and their home stadium is Dalian Sports Center Stadium with a capacity of 61,000. The club was founded on September 20, 2009, by Dalian Aerbin Group Company, Ltd., and started from the third tier of the Chinese football pyramid, the China League Two. Winning two consecutive league title in the second and third tier professional football leagues, they were promoted to the top tier in 2012 Chinese Super League season where they experienced their highest ever placing of fifth in the same season. Dalian Sports Centre Stadium is a multi-purpose stadium in Dalian, Liaoning province, China. It is used mostly for football matches. The stadium holds 61,000 spectators. It opened in 2013. Dalian Professional F.C. are the tenants.