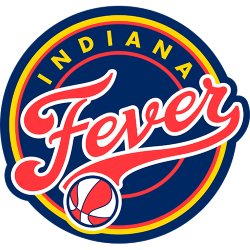 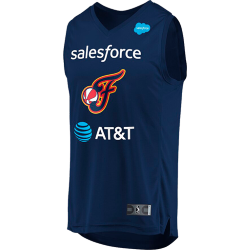 The Indiana Fever are a professional basketball team based in Indianapolis, Indiana, playing in the Eastern Conference in the Women's National Basketball Association (WNBA). The team was founded before the inaugural 2000 season began. The team is owned by Herb Simon, who also owns the Fever's NBA counterpart, the Indiana Pacers, and Simon Malls.

The Fever has qualified for the WNBA Playoffs in thirteen of its seventeen years in Indiana. The franchise has been home to many high-quality players such as Tennessee standout Tamika Catchings, hometown favorite Katie Douglas, and Australian defensive specialist Tully Bevilaqua. In 2009, the Fever went to the WNBA Finals but fell short to Phoenix. On October 21, 2012, the Fever won the WNBA Championship with a win over the Minnesota Lynx. Tamika Catchings was named the series MVP. Bankers Life Fieldhouse is an indoor arena located in Downtown Indianapolis, Indiana, United States. It opened in November 1999 to replace Market Square Arena. The arena is the home of the Indiana Pacers of the National Basketball Association and the Indiana Fever of the Women's National Basketball Association. The Fieldhouse also hosts college basketball games (including the annual Big Ten Conference tournaments), indoor concerts, and ice hockey.

It was originally named Conseco Fieldhouse, as the naming rights to the venue were sold to Conseco, a financial services organization based in nearby Carmel. In May 2010, the company renamed itself as CNO Financial Group, but the Conseco name was retained by the Fieldhouse. In December 2011, CNO Financial Group changed the name of the Fieldhouse to Bankers Life Fieldhouse, after one of its subsidiaries, Bankers Life and Casualty. The Fieldhouse announced on March 13, 2018, that CNO had decided not to renew its naming sponsorship, which will expire on June 30, 2019.

Unlike most other North American sports arenas, the Fieldhouse was designed primarily for basketball. The arena can accommodate an NHL-sized rink, but the seating capacity is reduced to 12,300 for ice hockey, as the seating arrangement is asymmetrical.