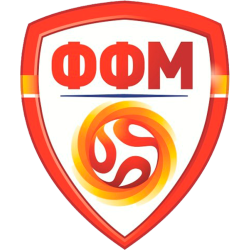 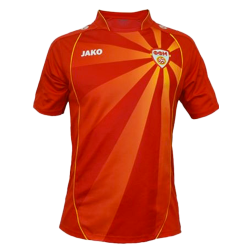 On 12 August 2009, as part of the 100-year anniversary of football in the country, the national team played a friendly match against Spain. Star player Goran Pandev scored two goals in the first half to give Macedonia a 2–0 lead before Spain scored three goals in the second half to record the 3–2 victory in front of a record crowd of 30,000 at the renovated Philip II Arena.

Toše Proeski National Arena (Macedonian: Национална арена „Тоше Проески“) is a sports stadium in Skopje, North Macedonia. It is currently used mostly for football matches, but sometimes also for music concerts or athletics. It is the home stadium of FK Vardar and FK Rabotnički from Skopje, both of which compete in the Macedonian First League, as well as the home ground of the North Macedonia national football team on almost all occasions (the other venues rarely chosen being the Goce Delčev Stadium in Prilep, or SRC Biljanini Izvori in Ohrid). On 30 June 2015, the UEFA announced that the National Arena Toše Proeski will host in 2017 for the first time an UEFA Super Cup final. The stadium was previously known as the City Stadium Skopje (Macedonian: Градски стадион Скопје) until 2009 and Philip II National Arena (Macedonian: Национална арена "Филип Втори") until 2019, when it was renamed in honour of the Macedonian pop icon Toše Proeski.