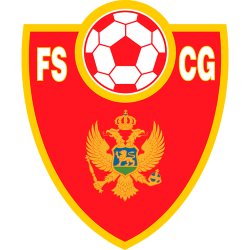 The Montenegro national football team (Montenegrin and Serbian: Fudbalska reprezentacija Crne Gore / Фудбалска репрезентација Црне Горе) has represented Montenegro in international football since 2007. It is controlled by the Football Association of Montenegro, the governing body for football in Montenegro. Montenegro's home ground is Podgorica City Stadium in Podgorica.

Montenegro is one of the world's newest international teams, having joined FIFA and UEFA in 2007, following the restoration of Montenegrin independence in 2006.

Montenegro played its first official international match against Hungary in March 2007, and competed in their first FIFA World Cup qualifiers in 2010.

Podgorica City Stadium (Montenegrin: Stadion pod Goricom) is an all-seater multi-purpose stadium in Podgorica, Montenegro. Mostly used for football matches, it has a seating capacity of 15,230. The planned capacity of stadium, after the next reconstruction of the east stand, is over 18,000. The stadium is the home ground of Montenegrin national football team and FK Budućnost Podgorica (Montenegrin First League).