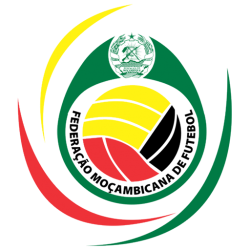 The Mozambique national football team (Portuguese: Seleção Moçambicana de Futebol), popularly known as Os Mambas, represents Mozambique in association football and is controlled by the Mozambican Football Federation, the governing body for football in Mozambique. Mozambique have never qualified for a FIFA World Cup, but they have qualified for four Africa Cup of Nations in 1986, 1996, 1998 and most recently the 2010 Africa Cup of Nations in Angola, being eliminated in the first round in all four. Mozambique are currently ranked 97th in the FIFA World Rankings, with their highest ever ranking of 66th in November 1996.

Mozambique's home ground is Estádio do Zimpeto in the capital city Maputo, and can hold 45,000 spectators. The team's current head coach is the former Portugal international Abel Xavier, who has been in charge since February 2016.

Estádio do Zimpeto is a multi-use stadium in Zimpeto - an outlying neighborhood of Maputo, Mozambique, which was inaugurated on 23 April 2011. It is mainly used for football and was the main stadium for the 2011 All-Africa Games and 2017 Lusophony Games. It has a capacity of 42,000 spectators. The stadium was built with funds from the Chinese government.