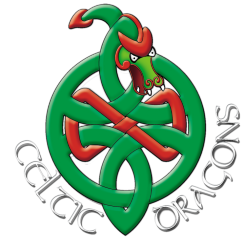 The Cardiff based Celtic Dragons are part of the Netball Superleague (UK), which consists of the top ten netball teams in Wales, Scotland and England, with the Dragons being the only team from Wales. The vocal club supporters are known as the 'green army'.

History
The Celtic Dragons was founded in 2005 in partnership with Welsh Netball Association and England Netball. The Dragons struggled throughout many of their Netball Superleague seasons finishing below top five until 2013, when they found success through the signing of towering Grenadian shooter Lottisha Cato. They reached the grand final that year, losing out against English powerhouses Team Bath.

2016 Season
The 2016 season saw the loss of Welsh internationals, Chelsea Lewis to Team Bath for a second season and Nia Jones who took a break from netball to concentrate on her football career. The dragons signed Fijian internationals Afa Rusivakula and Episake Kahatoka in replacement for Lewis and Jones. The Dragons also made a big money move for star Centre, Melissa Steingass, who dominated the court throughout the season.

2017 Season
The 2017 season saw the departure of Georgia Rowe and Evrie Brierton to Team Northumbria, Becky Oatley to newcomers Severn Stars and Afa Rusivakula to Northern Stars (netball) in New Zealand. In return, saw the signing of kiwi midcourter Stacey Peters from the Southern Steel and experienced Calypso shooter Khalifa McColin. The Dragons displayed some spirited netball, especially their home game against Scottish-based Sirens (netball) which was televised on Sky Sports.

Most of the Dragon's home Superleague games are played at the Sport Wales National Centre, Sophia Gardens. The Centre is located in Sophia Gardens, Cardiff and opened on 30 October 1971, with the official opening by Her Royal Highness the Princess Anne on 12 June 1972. The main building housing the indoor sports halls is by F. D. Williamson & Associates and is described in The Buildings of Wales as "An impressive piece of minimalism".

Several governing bodies of sports in Wales are based at the Centre. It hosts the Welsh International Badminton Championship every year in December. Welsh national teams that train at the Centre include badminton, netball, gymnastics, field hockey, shooting and judo.