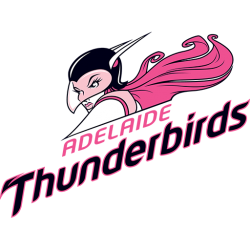 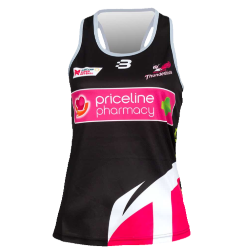 The Adelaide Thunderbirds is an Australian netball team based in Adelaide who compete in the Suncorp Super Netball league. The Thunderbirds were formed as one of the foundation teams of the Commonwealth Bank Trophy (CBT), previously the premier netball league in Australia, which was contested from 1997–2007. After the retirement of the CBT, the Thunderbirds were one of five Australian franchises included in the ANZ Championship. After the disbanding of the trans-tasman league, Adelaide joined the new look Suncorp Super Netball. To date, the Thunderbirds have won two CBT titles (1998, 1999) and two ANZ Championship titles (2010, 2013); in addition, they have finished in the top three placings throughout their competitive history.
The Thunderbirds are coached by Tania Obst, who replaced former coach Dan Ryan at the end of the 2018 season. The team is co-captained by Chelsea Pitman and Layla Guscoth, and usually play home matches at Priceline Stadium in Adelaide. The team uniform is predominantly pink, white and black. Netball SA Stadium (also known by its naming rights sponsor Priceline Stadium) is a sporting venue located in Adelaide, South Australia, opposite SA Athletics Stadium, Adelaide's premier (only non-grass) athletics stadium. It is a specialist netball facility, hosting matches in the Suncorp Super Netball league, the Australian Netball League and other netball events and competitions. It is also the venue for the Australian Metropolitan Netball League (AMND) Competition, as well as several other indoor sports, including judo and gymnastics. 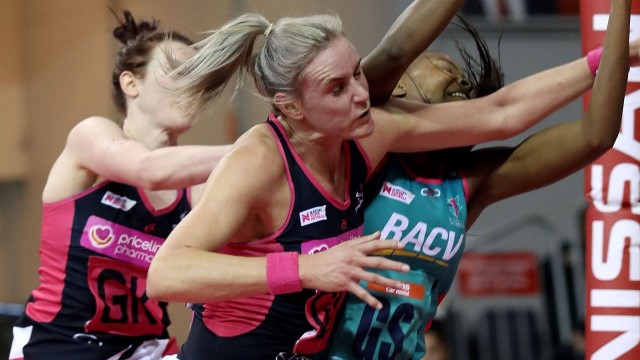