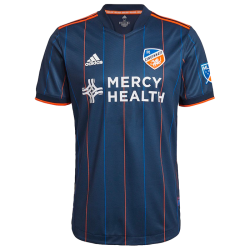 FC Cincinnati is a soccer club based in Cincinnati, Ohio that plays in the Eastern Conference of Major League Soccer (MLS) in 2019. The team succeeded the lower-division team of the same name and was announced on May 29, 2018, when MLS awarded an expansion franchise to Cincinnati. The club's ownership group is led by Carl H. Lindner III.

History
The owners of the USL club began negotiations with Major League Soccer over a potential expansion franchise in early 2016, and Cincinnati was announced as one of ten cities that had expressed interest in the slots for teams 25 to 28. MLS Commissioner Don Garber visited Cincinnati in December 2016 to tour Nippert Stadium and meet with city and club officials, complimenting the city and its fans. FC Cincinnati formally submitted its expansion bid in January 2017, including a shortlist of potential stadium locations.

On May 29, 2018, Major League Soccer announced that Cincinnati would join the league in 2019 as an expansion team under the FC Cincinnati brand. The West End Stadium, a 26,000-seat soccer-specific venue in the West End, is scheduled to open in 2021.

FC Cincinnati signed their first two MLS players, Fanendo Adi and Fatai Alashe, in July 2018. Adi was the team's first designated player. Both players were loaned to the FC Cincinnati USL team for the remainder of the 2018 season.

Stadium
FC Cincinnati will play at Nippert Stadium while their new West End Stadium is being built. The new stadium is expected to open in 2021.

The "Hell Is Real" sign on Interstate 71 between Cincinnati and Columbus
Cincinnati has an in-state rival in Columbus Crew. The idea of the Ohio soccer rivalry first gained popularity ahead of a 2017 U.S. Open Cup match between FC Cincinnati (then in the United Soccer League) and the Crew. The rivalry was dubbed the Hell Is Real Derby after a billboard on Interstate 71, the highway between Columbus and Cincinnati. The clubs will face off in their first-ever league matches in 2019: on August 10 in Columbus and August 25 in Cincinnati (the latter match will take place during MLS Rivalry Week).

Media
On January 30, 2019, FC Cincinnati reached an agreement with Sinclair Broadcast Group to have WSTR-TV televise all home and away games, except for ones already scheduled to be broadcast nationally. Continuing from their roles on the former USL team, Tom Gelehrter calls play-by-play with Kevin McCloskey as color analyst. Lindsay Patterson serves as sideline reporter. Nippert Stadium is an outdoor stadium in Cincinnati, Ohio, on the campus of the University of Cincinnati. Primarily used for American football, it is the home field of the Cincinnati Bearcats football team. The stadium also hosts soccer, serving as the home of FC Cincinnati of Major League Soccer. Nippert Stadium has a seating capacity of approximately 40,000 people following an expansion and renovation in 2014. In rudimentary form since 1901, permanent concrete stands were built along each sideline for the 1915 season and as a complete horseshoe stadium since 1924, making it the fourth-oldest playing site and fifth-oldest stadium in college football, respectively.

Namesake
During the final game of the 1923 season with intrastate rival Miami University, UC player James Gamble "Jimmy" Nippert sustained a spike wound injury. He died a month later of blood poisoning, reportedly due to having been infected by droppings left after a pre-game chicken race. Nippert's grandfather, James N. Gamble of Procter & Gamble, donated the required funds to complete the stadium. A locker room and training (medical) facility was added as part of the renovation for the safety of players.

Early history
In 1895, the organizer of UC's first football team, Arch Carson, introduced a plan to build a stadium complete with wooden bleachers on the site where Nippert Stadium currently stands. The plans became a reality in 1901 while Carson was serving as UC's physical education director. The first game played on the site originally called Varsity Field in Burnet Woods was on November 2, 1901 vs the Ohio University Bobcats. Cincinnati was defeated 16–0 in that contest. They rebounded a week later and defeated Hannover on Varsity field November 9, 1901, 10–0. Although Cincinnati has played home contests in other Cincinnati parks, this site has been the primary home of Cincinnati Football since that time. The playing surface at Nippert Stadium is called Carson Field in honor of Arch Carson. Construction of Carson Field began in 1900 and was completed in 1910.

In 1915, construction was completed on the first sections of a brick and concrete structure to replace the wooden stands and continued for several seasons as funds were raised. In 1924, the completed structure was dedicated as James Gamble Nippert Memorial Stadium with a capacity of 12,000.

The field is slightly offset from a conventional north-south alignment, configured north-northeast to south-southwest at an approximate elevation of 800 feet (245 m) above sea level. 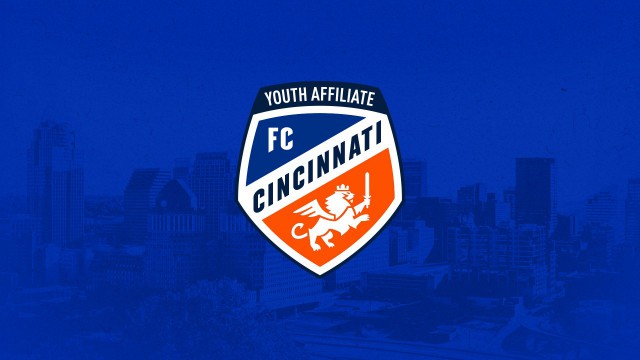