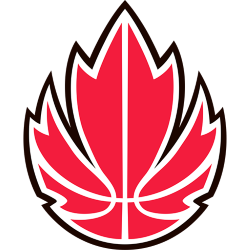 The Canadian men's national basketball team is currently ranked 23rd by FIBA. Athletes for this team are selected by Canada Basketball. The team's head coach is Jay Triano and its general manager is Steve Nash, both former captains of the national team.

Canada won its only gold medal at a university-level tournament, the 1983 Summer Universiade, which the country hosted in Edmonton, Alberta.