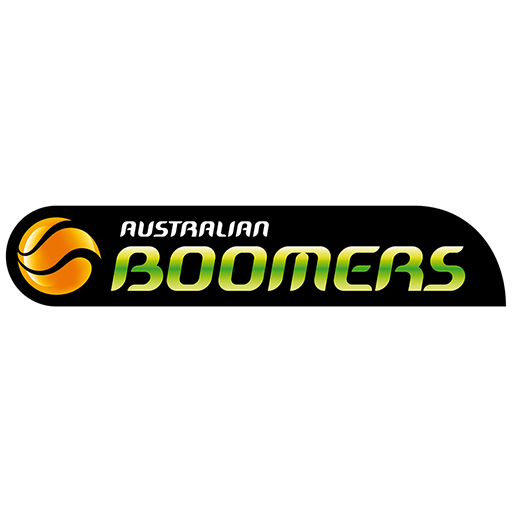 Australia is a regional power in basketball. Placed in the relatively weak FIBA Oceania region, the Boomers's qualification for the Summer Olympic Games and FIBA World Cup is often a three-match competition against the other regional power, the New Zealand Tall Blacks.
Boomers's old logo

Before the formation of the National Basketball League (NBL) in 1979, Boomers players were selected from state leagues around the country, with Victoria, South Australia, and to a lesser extent New South Wales the dominant states. After the formation of the NBL, players began to be selected almost exclusively from that competition during the 1980s and 1990s.

Occasionally players were selected from outside the NBL. Mark Bradtke made his Boomers debut in 1987 while attending the Australian Institute of Sport (AIS) before he entered the NBL. Luc Longley made his debut in 1988 while playing college basketball in the United States. Other Australian players enter the Euroleague and the National Basketball Association (NBA) in the U.S. The Boomers's roster for the 2014 World Cup included five NBA players: Cameron Bairstow with the Brisbane Bullets, Aron Baynes with the Boston Celtics, Matthew Dellavedova with the Milwaukee Bucks, and Dante Exum and Joe Ingles with the Utah Jazz. Three other players were ruled out of the World Cup due to injury play in the NBA, namely Andrew Bogut of the Los Angeles Lakers, rookie Ben Simmons of the Philadelphia 76ers and Patty Mills of the San Antonio Spurs.

Several players on youth national teams are student athletes at the AIS or in the US college basketball system. Some players (e.g. Longley) made the senior national team while at US schools. By the early 21st century, almost half of the squad was playing outside Australia. For the 2012 London Olympic Games, only two members of the Australian squad were based in the country – Peter Crawford and Adam Gibson, with the latter being the only Australia-based member of the 2014 World Cup squad. The AIS has helped Australia's popularity worldwide.