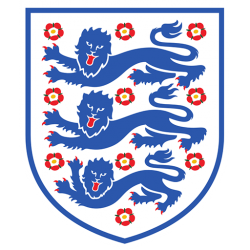 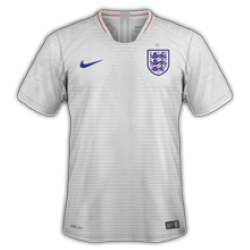 The England national football team represents England and the Crown Dependencies of Jersey, Guernsey and the Isle of Man at football and is controlled by The Football Association, the governing body for football in England. England are one of the two oldest national teams in football; alongside Scotland, whom they played in the world's first international football match in 1872. England is one of the United Kingdom's Home Nations, meaning that it is permitted by FIFA to maintain its own national side. England's home ground is Wembley Stadium, London, and the current team manager is Roy Hodgson.

England contest the FIFA World Cup and UEFA European Championship, which alternate biennially. England won the World Cup in 1966, when they hosted the finals, defeating West Germany 4–2 in extra time in the final. Their best performance since has been a semi-final appearance in 1990. England have never won the UEFA European Football Championship – their best performances being semi-final appearances at the 1968 and 1996 Championships.
The England national football team is the joint-oldest in the world; it was formed at the same time as Scotland. A representative match between England and Scotland was played on 5 March 1870, having been organised by the Football Association. A return fixture was organised by representatives of Scottish football teams on 30 November 1872. This match, played at Hamilton Crescent in Scotland, is viewed as the first official international football match, because the two teams were independently selected and operated, rather than being the work of a single football association. Over the next forty years, England played exclusively with the other three Home Nations—Scotland, Wales and Ireland—in the British Home Championship.

To begin with, England had no permanent home stadium. They joined FIFA in 1906 and played their first ever games against countries other than the Home Nations on a tour of Central Europe in 1908. Wembley Stadium was opened in 1923 and became their home ground. The relationship between England and FIFA became strained, and this resulted in their departure from FIFA in 1928, before they rejoined in 1946. As a result, they did not compete in a World Cup until 1950, in which they were beaten in a 1–0 defeat by the United States, failing to get past the first round in one of the most embarrassing defeats in the team's history. Their first ever defeat on home soil to a foreign team was a 0–2 loss to the Republic of Ireland on 21 September 1949 at Goodison Park. A 6–3 loss in 1953 to Hungary, was their second defeat by a foreign team at Wembley. In the return match in Budapest, Hungary won 7–1. This still stands as England's worst ever defeat. After the game, a bewildered Syd Owen said, "it was like playing men from outer space". Wembley Stadium (currently known officially as Wembley Stadium connected by EE for commercial sponsorship reasons) is an association football stadium in Wembley Park, London, England. It opened in 2007 and was built on the site of the earlier Wembley Stadium which was demolished in 2003. The stadium hosts major football matches such as the FA Cup Final and home matches of the England national football team.

Wembley Stadium is a UEFA category four stadium. With 90,000 seats it is the second largest stadium in Europe and the largest stadium in the United Kingdom. It is owned by The Football Association through their subsidiary Wembley National Stadium Ltd (WNSL).

Designed by HOK Sport (known as Populous since 2009) and Foster and Partners, it includes a partially retractable roof and the 134-metre-high (440 ft) Wembley Arch. The stadium was built by Australian firm Multiplex at a cost of £798 million.