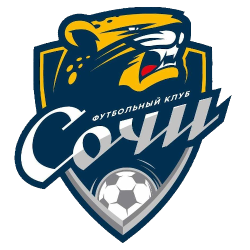 Fisht Olympic Stadium (Russian: Олимпийский стадион «Фишт») is an outdoor stadium in Sochi, Russia. Located in Sochi Olympic Park and named after Mount Fisht, the 40,000-capacity stadium was constructed for the 2014 Winter Olympics and Paralympics, where it served as the venue for their opening and closing ceremonies.

The stadium was originally built as an enclosed facility; it was re-opened in 2016 as an open-air football stadium, to host matches as part of the 2017 FIFA Confederations Cup and 2018 FIFA World Cup when it was known simply as Fisht Stadium.

Construction
Fisht Olympic Stadium was designed by Populous and British design consultancy BuroHappold Engineering. The stadium's roof was built from approximately 36,500 square metres (393,000 sq ft) of ethylene tetrafluoroethylene (ETFE) and was designed to give the roof the appearance of snowy peaks. The bowl opens to the north, allowing a direct view of the Krasnaya Polyana Mountains, and the upper deck is open to the south, allowing a view of the Black Sea.

The canopy over the Western and Eastern stands is covered with translucent ethylene tetrafluoroethylene. The material offers superior strength and corrosion resistance. Fisht is a UEFA category 4 stadium.

The field size of the Fisht Stadium is 105x68 m. The stadium has four stands: two on the sides under a translucent polycarbonate canopy and two open front stands.

2006. Initial estimates placed the cost of construction to Russia at 1.7 billion rubles.
The architectural design was developed by Populous, a company with previous experience in designing similar facilities for Johannesburg.
2008. Site clearing and purchasing of land began.
Starting in 2008, the Government began to clear the territory for the future Olympic facility, buying land from the local population.
2010. Construction of the Fisht Stadium began. A symbolic capsule was planted bearing the message “Believe in yourself, and together we will win” and marking the start of construction.
2011. The initial design was altered. According to some sources, changes were made at the request of Director of the Olympics Opening Ceremony Konstantin Ernst.
2013. Construction of the stadium was completed. The stadium was the last Olympics facility to be commissioned.
Having opened in 2013, it cost US$779 million to build the stadium. The stadium complex now serves as a training centre and match venue for the Russia national football team, and served as a site for matches during the 2017 FIFA Confederations Cup and the 2018 FIFA World Cup.

Location and access
Fisht Stadium is located in Sochi, in the Sochi Olympic Park in Adler, south of the Sochi Airport, at 15 Olympic Avenue. The Fisht Stadium can be reached by buses 57, 117, 125, 134, 173. A suburban electric train Sochi–Adler–Olympic Park also provides access to the stadium.

Safety and security
By 15 March 2017, the stadium obtained a building safety certificate, detailing its evacuation routes, fire-fighting systems and emergency response procedures. The certificate was a legal confirmation that Fisht was ready to host matches of the FIFA Confederations Cup and 2018 FIFA World Cup. During the 2018 FIFA World Cup matches, the stadium will be serviced by 2,000 surveillance cameras and 600 EMERCOM employees will be ensuring the security at Fisht.