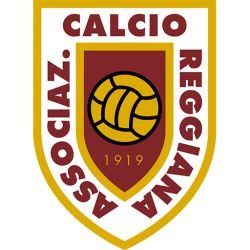 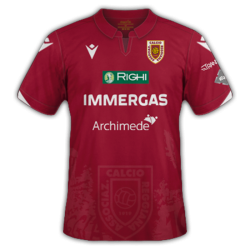 Nicknames
I Granata (The Maroons)

Associazione Calcio Reggiana 1919, commonly referred to as Reggiana, is a professional football club based in Reggio Emilia, Emilia-Romagna, Italy. The club was formed in 1919, and plays in the Serie C, the third tier of Italian football. Reggiana is known as i Granata ("the Maroons") in reference to the club's main colour: maroon.

The club was refounded two times after going bankrupt: in 2005 as Reggio Emilia Football Club, and in 2018 as Reggio Audace Football Club. In both occasions, the club subsequently regained the naming rights and the trophies of A.C. Reggiana via judicial auction. The club has participated in the Serie A, the top tier of Italian football, seven times; their last appearance dates back to the 1996–97 season.