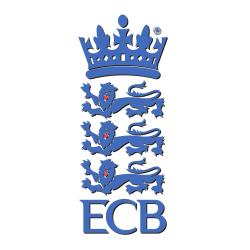 England and Australia were the first teams to play a Test match (15–19 March 1877), and along with South Africa, these nations formed the Imperial Cricket Conference (the predecessor to today's International Cricket Council) on 15 June 1909. England and Australia also played the first ODI on 5 January 1971. England's first T20I was played on 13 June 2005, once more against Australia.

As of 14 July 2019, England are ranked fourth in Tests, first in ODIs and second in T20Is by the ICC. Though the team and coaching staff faced heavy criticism after their group stage exit in the 2015 Cricket World Cup, they have since adopted a more aggressive playing style in ODI cricket, under the leadership of captain Eoin Morgan and head coach Trevor Bayliss.