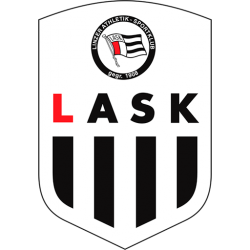 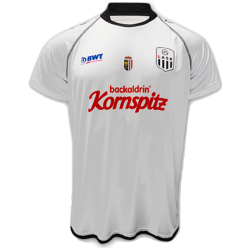 Linzer Athletik-Sport-Klub, commonly known as LASK Linz or simply LASK, is an Austrian association football club, from the Upper-Austrian state capital Linz. It is the oldest football club hailing from that region, and plays in the Austrian Football Bundesliga, the top tier of Austrian football. The club's colours are black and white. The women's football department plays in the second highest division of Austrian women's football.

LASK was founded on 7 August 1908. In 1965, the club became the first team outside Vienna to win the Austrian football championship. This is also its only championship to date. The club currently plays its league fixtures at the Waldstadion in Pasching, however plays at the 14,000 capacity Linzer Stadion in UEFA competitions.

The TGW Arena (Waldstadion) is a multi-use stadium in Pasching, Austria. It is used for football matches and is the home ground of LASK Linz and FC Juniors OÖ. LASK will use the stadium until their new Stadium is in place, in 2022. The stadium holds 7,870 and was built in 1990. In 2016 LASK purchased the VIP tent from SV Grödig and installed it in the stadium. In February 2017 the Stadium was refurbished, with a new away sector and extra home seating, this was required for the stadium to reach Austrian Bundesliga standards.

TGW Logistics Group announced the stadium sponsorship in 2017. The company is a leading manufacturer and system integrator of automated intralogistics solutions with operations in Europe, North America and Asia. Headquarters are in Wels, Austria.