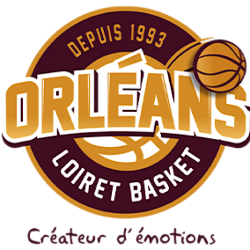 Orléans Loiret Basket, formerly known as Entente Orléanaise and Entente Orléanaise 45 Loiret, is a professional basketball club that is based in the city of Orléans, France. "45" is the number of the Loiret department. The club plays in the French Pro A League.

Arenas
The club's home arena for domestic matches is the Palais des Sports; for matches that require a larger capacity (such as Euroleague and Eurocup games) the club plays their home games at Zénith d'Orléans.

Palais des Sports (English: Palace of Sports) is an indoor sports complex in the city of Orléans, France. The capacity of the arena is 3,222 people. It is one of two arenas used by the French Pro A League professional basketball team Entente Orléanaise. The Palais des Sports, with its smaller capacity, hosts the team's domestic competitions, while EuroLeague and Eurocup matches are held in the larger Zénith d'Orléans.

In addition to basketball, since 2005, the arena has played host to the Open d'Orléans, a tennis tournament that is part of the ATP Challenger Tour.