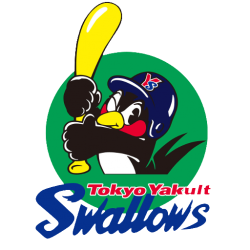 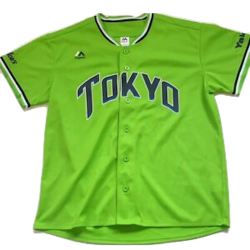 The Tokyo Yakult Swallows are a professional baseball team in Nippon Professional Baseball's Central League.
The Swallows are named after their corporate owners, the Yakult Corporation. From 1950 to 1965, the team was owned by the former Japanese National Railways and called the Kokutetsu Swallows; the team was then owned by the newspaper Sankei Shimbun from 1965 to 1968 and called the Sankei Atoms. Yakult purchased the team in 1970 and restored its original Swallows name in 1974. Then it was renamed the Tokyo Yakult Swallows in 2006. The Meiji Jingu Stadium is a baseball stadium in Shinjuku, Tokyo, Japan. It opened in 1926 and holds 37,933 spectators. Property of the Meiji Shrine, it is the home field of the Tokyo Yakult Swallows professional baseball team. It also hosts college baseball, including the Tokyo Big6 Baseball League and the Tohto University Baseball League.
As the second oldest baseball stadium in Japan, Meiji Jingu Stadium is one of the few professional stadiums still in existence where Babe Ruth played. In 1934, Ruth joined several other famous baseball players from the U.S., such as Lou Gehrig and Jimmie Foxx, in a 22-game tour of Japan.