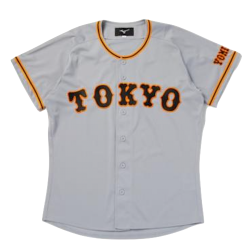 The Yomiuri Giants are a professional baseball team based in Bunkyo, Tokyo, Japan. The team competes in the Central League in Nippon Professional Baseball. They play their home games in the Tokyo Dome, opened in 1988. The team's owner is the Yomiuri Group, a media conglomerate which includes two newspapers and a television network.
The Giants are the oldest team among the current Japanese professional teams. Their main rivalry is with the Hanshin Tigers, a team especially popular in the Kansai region. The Yomiuri Giants are regarded as "The New York Yankees of Japan" due to their widespread popularity, past dominance of the league, and polarizing effect on fans.
The Yomiuri Giants name and uniforms were based on the New York (now San Francisco) Giants. The team's colors (orange and black) are the same colors worn by the National League's Giants (both in New York and San Francisco). Tokyo Dome is a stadium in Bunkyo, Tokyo, Japan. Construction on the stadium began on May 16, 1985, and it opened on March 17, 1988. It was built on the site of the Velodrome, adjacent to the predecessor ballpark, Kōrakuen Stadium. It has a maximum total capacity of 57,000 depending on configuration, with an all-seating configuration of 42,000.
Tokyo Dome's original nickname was "The Big Egg", with some calling it the "Tokyo Big Egg". Its dome-shaped roof is an air-supported structure, a flexible membrane supported by slightly pressurizing the inside of the stadium.
It became the first Japanese venue with an American football attendance above 50,000.