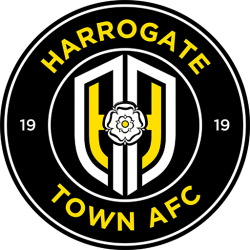 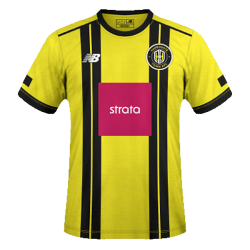 Harrogate Town Association Football Club is a professional association football club based in the spa town of Harrogate, North Yorkshire, England. The club will compete in League Two, the fourth tier of English football from the 2020–21 season after winning the 2019–20 National League play-offs.

Formed in 1914, the club is nicknamed "Town" and also the "Sulphurites", due to Harrogate's famous sulphur springs. The club's colours are black and yellow and they will played their home games at Keepmoat Stadium in Doncaster, which has a capacity of 15,321. The first match at the stadium was a Rugby league match on 27 December 2006, when Sheffield Eagles beat Doncaster 16–10.

On 19 June 2012, it was confirmed that Doncaster Rovers had secured a 99-year operating lease from Doncaster Metropolitan Borough Council to lead the management of the stadium with a view to improving operating results across the stadium sports partnership.

At the Stadium Business Awards 2010, the stadium received the award for Best Matchday Experience.