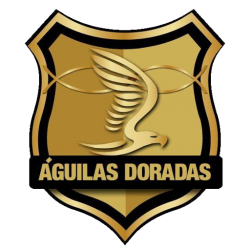 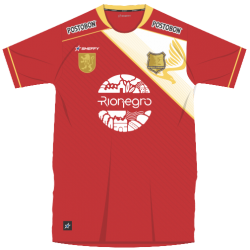 Águilas Doradas is a professional Colombian football team based in Rionegro that currently plays in the Categoría Primera A. They play their home games at Alberto Grisales stadium. The club also has a futsal team.

The team was expelled from Itagüí in May 2014, following a dispute between the club's chairman and the city's mayor regarding the financial support received by the club from Itagüí's government. The decision to expel the club from the city was made by the mayor after being publicly criticized by the club's chairman for the scarce support provided to the club. This incident meant the team would change its name to Águilas Pereira, moving to the city of Pereira and playing its home matches at Hernán Ramírez Villegas stadium, change approved by DIMAYOR's Assembly in an extraordinary meeting on July 14, 2014. In March 2015, the club moved to Rionegro, changing its name to Águilas Doradas, and on January 5, 2016 the club announced it would be changing its name to Rionegro Águilas and its kit colour would be switched from its traditional golden to red. Estadio Alberto Grisales is an association football stadium in Rionegro. It is currently the home stadium of Categoría Primera A club Rionegro Águilas. It has a capacity for 14,000 people.