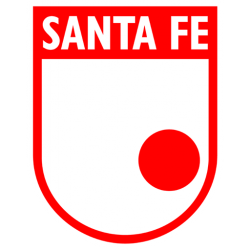 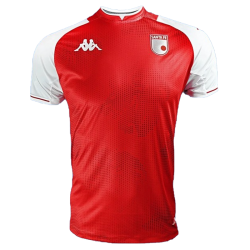 Independiente Santa Fe, known simply as Santa Fe, is a professional Colombian football team based in Bogotá, that currently plays in the Categoría Primera A. They play their home games at the El Campín stadium. Santa Fe is one of the three most successful teams in Colombia, winning seventeen titles, which includes 9 national championships (most recently in 2016), three Superliga Colombiana, two Copas Colombia, and international titles such as one Copa Sudamericana, one Suruga Bank Championship, and one Copa Simón Bolívar. Santa Fe is one of the three clubs that has played every championship in the Categoría Primera A.
Santa Fe became the first Colombian team to win the Copa Sudamericana, and the first Colombian team to win an official tournament outside America. The club was recognized as one of the ten best clubs in the world in 2015 by the IFFHS. The Estadio Nemesio Camacho, commonly known as El Campín, is the main stadium of Bogotá, Colombia. It was inaugurated on 10 August 1938 and has a current capacity of 36,343 spectators. It is the home ground of the Categoría Primera A teams Independiente Santa Fe and Millonarios.
This stadium was one of the eight stadiums of the 2011 FIFA U-20 World Cup held by Colombia and hosted its closing ceremony.