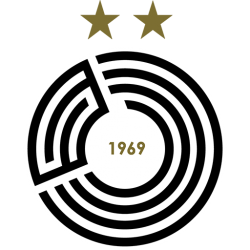 Al-Sadd Sports Club (Arabic: نادي السد الرياضي‎) is a Qatari sports club based in the Al Sadd district of the city of Doha. It is best known for its association football team, which competes in the top level of Qatari football, the Qatar Stars League. Locally, it is known primarily by the nickname "Al Zaeem", which translates to "The Boss". It is known as the best team in Qatar and is the only Qatari team that has won the AFC Champions League in Asia. Al Sadd will play in the 2019 FIFA Club World Cup. In addition to football, the club has teams for handball, basketball, volleyball, table tennis and athletics. It is the most successful sports club in the country, and holds a national record of 53 official football championships.

The origin of Al Sadd's conception began with four Qatari students who excelled in football, but did not wish to join any of the existing football clubs. After consulting with the minister of Youth and Sports, the group, led by Abdulla bin Ahmed bin Mubarak Al Ali and Ali bin Mohammad bin Ali bin Sultan Al Ali, founded the club on 21 October 1969 in Qatar's capital city.

In the 1989 season, they became the first Arab club side to triumph in the Asian Club Championship by defeating Al Rasheed of Iraq on an aggregate of away goals. Twenty-two years later, they won the 2011 Asian Champions League and earned a spot in the 2011 FIFA Club World Cup, in which Qatar finished third.

The Jassim bin Hamad Stadium (Arabic: ملعب جاسم بن حمد‎) is a multi-purpose stadium in Doha, Qatar. It is currently used mostly for football matches and it also has facilities for athletics. The football team Al-Sadd plays there. The stadium, originally built in 1974, was rebuilt in 2004 for the Gulf Cup and currently has a capacity of 15,000 people. The stadium is also used as the home stadium of the Qatar national football team. The stadium was named after the former president of the club Jassim bin Hamad bin Jaber Al-Thani.

Facilities
Aside from the main field, the stadium area also accommodates an administration office, a cafe, a mosque, workers' quarters, an athletics track, training fields, a swimming pool and a multi-sports hall. The multi-sports hall has a capacity of 1,000 people, and is used for local tournaments in basketball, volleyball, handball and other sports and events.