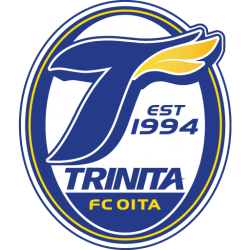 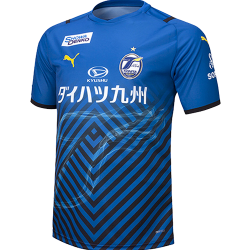 Oita Trinita (大分トリニータ, Ōita Torinīta) is a Japanese football club currently playing in J1 League, having been promoted in 2018 after a 5-year absence from Japan's top flight. The club's home town is Ōita city, but the club draws support from Beppu, Saiki, and the entire Ōita Prefecture.

The club's name, Trinita, is the Italian translation of the word trinity (trinità), which was the club's original name before being changed in 1999, and Ōita, the club's home town. The combined word expresses the will of the local citizens, companies, and government to support the team. Others connection to the italian culture can be found in the city nickname Azzurro (light blue in English).

The club's home ground is Ōita Bank Dome, also known as the "Big Eye", which was one the venues built for the 2002 FIFA World Cup. The club practices at the adjacent football and rugby field, River Park Inukai, and Ōita City Public Ground. Showa Denko Dome Oita (昭和電工ドーム大分) is a multi-purpose stadium in the city of Ōita in Ōita Prefecture on Kyushu Island in Japan.

The stadium is currently called Showa Denko Dome Oita (昭和電工ドーム大分) as an abbreviated form, by naming rights. It was formerly called as Kyushu Oil Dome (九州石油ドーム, Kyūshū Sekiyu Dōmu) sponsored by the Kyushu Oil Co. until early 2010 and Oita Bank Dome (大分銀行ドーム, Ōita Ginkō Dōmu) sponsored by the Oita Bank until early 2019. It is primarily used for football, and is the home field of J. League club Oita Trinita. It was designed by the famous architect Kisho Kurokawa, and built by KT Group, Takenaka Corporation.