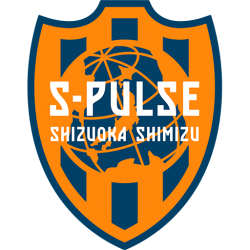 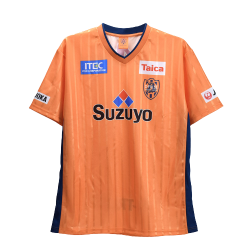 Shimizu S-Pulse (清水エスパルス, Shimizu Esuparusu) is a professional Japanese football club. Located in Shimizu-ku, Shizuoka, Shizuoka Prefecture, S-Pulse currently competes in the J1 League (J1). Formed as recently as 1991, S-Pulse are one of the youngest professional teams in Japan. The club was formed at the advent of the J.League in 1991, and originally consisted of players drawn exclusively from Shizuoka Prefecture; a unique distinction at the time.

Given the club's youth when compared to many of their J1 peers, S-Pulse have had a relatively large impact on Japanese football. Since the game turned professional in 1992, they are one of the most prolific and consistent performers in cup competitions, having made no less than ten final appearances: five times in the Emperor's Cup and five times in the League Cup. Only Japan's most successful professional team, Kashima Antlers, have made more final appearances. They have won both of these competitions once, and have also won the Japanese Super Cup twice and the Asian Cup Winners' Cup once. The club's most recent cup final was in the 2012 J.League Cup which ended in defeat to Kashima.

Despite the club's cup competition prowess, the J.League Division 1 title has so far eluded them. The closest S-Pulse came was in 1999 when, after winning the league's second stage, they lost out on the title in a penalty shootout. When scores remained level after both legs of the title deciding match, Júbilo Iwata, S-Pulse's local rivals, prevailed. Former S-Pulse and national team player Kenta Hasegawa, who made a substitute appearance in the second leg of this title decider, became club manager in 2005. He was the longest serving manager in the club's history, in office until 2010. He resigned at the end of the season after failing to win any competitions and was replaced by Afshin Ghotbi. IAI Stadium Nihondaira (IAIスタジアム日本平) (pronounced as I-A-I) is a football stadium in Shimizu-ku, Shizuoka, Japan. It is currently mostly used for football matches and has been the home stadium of the J-League's Shimizu S-Pulse since 1993. The stadium holds 20,339 people and was opened in 1991. In November 2008 a four-year naming deal effective from March 2009 was announced expected to earn S-Pulse 360,000,000 yen. The stadium was known as The Outsourcing Stadium until February 2013. As Shizuoka City and Shimizu S-Pulse reached a 5-year deal with IAI Corporation, a manufacturer industrial robots, the stadium has been renamed as IAI Stadium Nihondaira effective 1 March 2013.