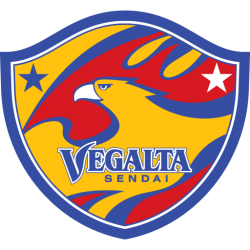 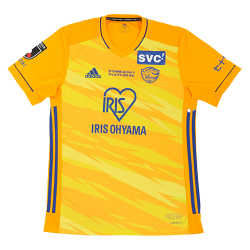 Vegalta Sendai (ベガルタ仙台, Begaruta Sendai) is a Japanese professional football club, currently playing in J1 League. The team is located in Sendai, Miyagi Prefecture. Their home stadium is Yurtec Stadium Sendai, in Izumi-ku, Sendai, although a few home games have also been played at nearby Miyagi Stadium. Yurtec Stadium Sendai (ユアテックスタジアム仙台) is a football stadium in the Nanakita Park, Izumi-ku, Sendai City, Miyagi Prefecture, Japan. It was built in 1997 and is home to the J. League club Vegalta Sendai and the Japan Football League club Sony Sendai F.C.. The stadium was specifically designed for football, and the stands are arranged close to the pitch. For games where the spectator capacity is insufficient, nearby Miyagi Stadium is occasionally used as a substitute.