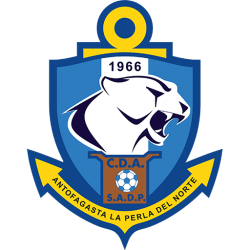 Deportes Melipilla vs Deportes Antofagasta (23 May) 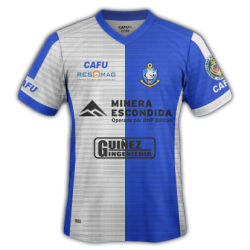 Deportes Antofagasta, is a Chilean football club based in the city of Antofagasta, that is a current member of the top tier Campeonato Nacional. The club's home stadium is the Estadio Bicentenario Calvo y Bascuñán, with a capacity for 21,178 spectators.

Estadio Regional de Antofagasta, officially Estadio Bicentenario Calvo y Bascuñan de Antofagasta, is a sport facilities complex located in Antofagasta, Chile. The municipality of Antofagasta is the owner of the building and its used to host sports events such as cultural events and entertainment events. The complex is composed of the Main Stadium who is use made for most important events. The secondary fields, 1, 2, 3 and 4, are used to training sessions. The Field 5 is used to secondary events, with football pitch dimensions and counts with a Baseball field where are made the regional tournaments of this sport.

It is currently the home stadium of Football Team of the city, Club de Deportes Antofagasta, of Chilean Primera División. The Chile national football team plays for first time in this stadium on April 28, 2004, in a friendly match with the Perú. With an attendance of 32.000 spectators.

The Complex was built in 1964 by the Municipality of Antofagasta and supported by the Regional Stadium Construction Committee (Comité Pro Construcción Estadio Regional) the main stadium of this complex had an initial capacity of 35.000 spectators, after de renovation, In 2011 started the renovation of the stadium changed the maximum of capacity to 21,178 spectators since in 2013.

In February 2010, by requests from the community of Antofagasta that began in 2003, the mayor of the city called to the community to send names to name the stadium through popular votation to elect this. The winning the name was "Estadio Calvo y Bascuñan".

The stadium has been a venue for the 1987 FIFA World Youth Championship, 2013 Supercopa de Chile, Copa Sudamericana 2013 and Copa América 2015.