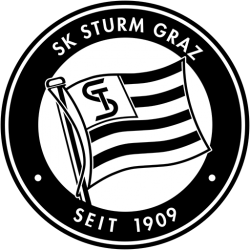 Austria Vienna vs Sturm Graz (21 May) Sportklub Sturm Graz is an Austrian association football club, based in Graz, Styria, playing in the Austrian Football Bundesliga. The club was founded in 1909. Its colours are black and white.

In its history, Sturm Graz has won the Austrian football championship three times, in 1998, 1999 and 2011, and participated several times in the UEFA Champions League and UEFA Europa League. Their biggest rivals are Graz neighbours Grazer AK.

The Liebenauer Stadium, sponsored as the Merkur-Arena (formerly known as the Arnold Schwarzenegger Stadium and UPC-Arena) is in Graz, Styria, Austria. The ground is the home of the football clubs SK Sturm Graz and Grazer AK.