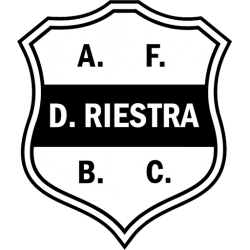 Deportivo Riestra Asociación de Fomento Barrio Colón, also known as Deportivo Riestra, is a sports and social club from Buenos Aires, Argentina. Its headquarters are located in the Nueva Pompeya neighbourhood, and also owns the Guillermo Laza stadium in the Villa Soldati neighbourhood, with a capacity of 3,000. The senior male football squad will play the next season in Primera B Nacional, second division in the Argentine football league system, while its male futsal team plays in Primera D, the fourth tier division. Besides sporting activity, Deportivo Riestra is venue to social and cultural activities and is a member of the Metropolitan Chess Federation.