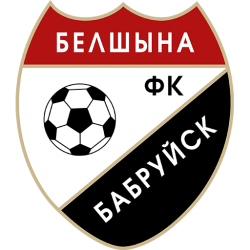 In 1972 and 1973 Stroitel Bobruisk also won a title of the champion of Belarus.

The current club was founded in 1976 as Sninnik Bobruisk. Since the inception the team was attached to and later sponsored by local tire manufacturing company Belshina. The club spent most of Soviet-era seasons in Belarusian SSR league (with a couple of seasons in Mogilev Oblast league). Shinnik won the league title twice (in 1978 and 1987) and also won Belarusian SSR Cup in 1979.

Spartak Stadium is a multi-use stadium in Bobruisk, Belarus. It is currently used mostly for football matches and is the home ground of Belshina Bobruisk as well as women's team Bobruichanka Bobruisk. The stadium holds 3,700 people.

The stadium was opened in April 1934 and reconstructed in 2004 and 2006 to get a modern look and bigger capacity.