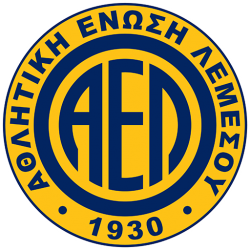 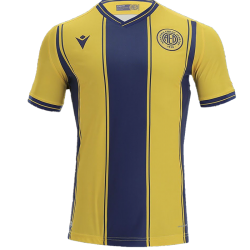 Athlitiki Enosi Lemesou (Greek: Αθλητική Ένωση Λεμεσού, lit. 'Athletic Union of Limassol'), commonly known as AEL, is a Cypriot sports club based in the city of Limassol, most famous for its football team.

AEL also maintains a men's and women's basketball teams, a women's volleyball team and a (newly established in 1976) Futsal team, a women's handball team as well as a cricket team. AEL is one of the most successful clubs on the island with 17 official football trophies consisting of 6 first division championships, 7 cups and 4 super cups. The basketball branch of AEL is also well known, currently being the only team from Cyprus in any sport to have won a European title (the European Regional Challenge Cup). Limassol's official club mascot is a Lion, who was affectionately nicknamed the lions by their fans.

Tsirio Stadium (Greek: Τσίρειο Στάδιο) is an all seater multi-purpose stadium in Limassol, Cyprus. It is currently used mostly for football matches and is the home ground of AEL Limassol, Apollon Limassol and Aris Limassol.