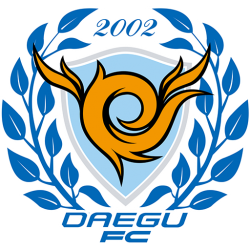 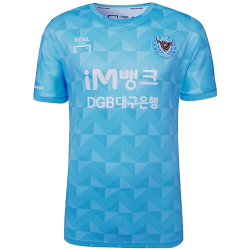 Daegu Football Club, commonly referred to as Daegu FC (Korean: 대구 FC), is a South Korean professional football club based in Daegu. The club was founded as a community club at the end of 2002, and the club made their K League 1 debut in 2003. Daegu has played mostly in the K League 1 but was relegated at the end of the 2013 season to the K League 2. They were promoted back to the K League 1 for 2017 and went on to win the Korean FA Cup in 2018, which qualified them for the 2019 Asian Champions League. The club's best season in K League 1 was in 2019, when it finished fifth out of 12 teams.

DGB Daegu Bank Park (Korean: DGB대구은행파크), known as the Forest Arena (Korean: 포레스트아레나) in the Asian Football Confederation international matches, is a football-specific stadium located in Daegu, South Korea, and is the home stadium of the K League 1 club Daegu FC. The stadium opened in March 2019 and has a seating capacity for 12,415 spectators.