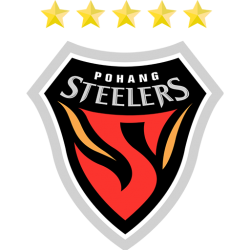 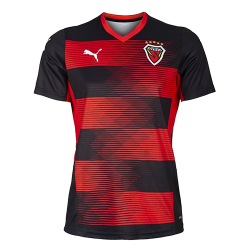 Pohang Steelers (Hangul: 포항 스틸러스) is a South Korean professional football club based in Pohang, North Gyeongsang. They were originally called Pohang Steelworks, after the Pohang Iron and Steel Company that owned it. The club was founded in 1973 and is one of Korean football's most successful sides.

They are the joint-most successful team in Asia with three AFC Champions League titles.

Its balcony typed structure presents a full view at any place to the spectators for a clear view. The stadium has a seating capacity for 17,443 spectators along with supporters seats of 500, which are located at the left side of headquarters. The supporters seats, equipped in 1999, are the exclusive place for supporters and they are the first and only facilities among domestic stadiums.

In 2003, the stadium was upgraded with full repair works such as an all-season lawn, up-to-date sound facilities, and new lockers for players. The electric scoreboard and lightings, sound facilities and convenient facilities are rated as good as those of the World Cup stadiums.