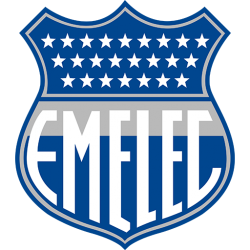 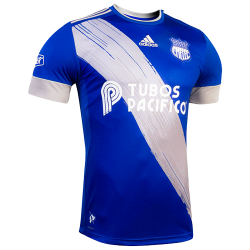 Emelec has won fourteen Serie A titles, holding the record of doing so in all decades in which the Serie A has been played. They also have won seven regional titles (record in their region), a record-tying 5 of them in the professional era.

Emelec was founded on April 28, 1929 by George Capwell, the American head of the Electric Company of Ecuador (Spanish: Empresa Eléctrica del Ecuador), from which the club is named after. The name of their home stadium pays homage to the club's founder. The club's most intense rivalry is with crosstown-team Barcelona. Matches between the clubs are known as El Clásico del Astillero.

Estadio Banco del Pacífico Capwell is a multi-purpose stadium in Guayaquil, Ecuador. It is currently used mostly for football matches and is the home stadium of Emelec. It was announced right after Emelec won the 2013 Ecuador Serie A title that Stadium George Capwell would be completely remodeled to hold a capacity of 40,000 fans. The remodeling is supposed to begin in June 2014 and ended in December 2016.

In their first league season (Primera Etapa 2017) season at the expanded stadium, Emelec drew an average home attendance of 22,407. It became the highest in the league, followed by Barcelona SC with 10,572.