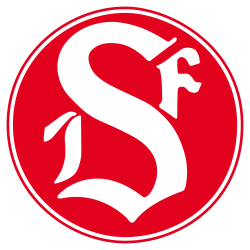 As Sandviken is an industrial community, dominated by the steel and metal corporation Sandvik, the team has been much influenced by this. The name of the home ground, Jernvallen, would translate approximately as The Iron Ground, while the nicknames Järngänget and Stålmännen are self-explaining. Stålmännen has a double meaning, as it also is the plural form of Stålmannen, the Swedish name for Superman.

Jernvallen is a multi-use stadium in Sandviken, Sweden. In the 1958 FIFA World Cup there were two matches played at Jernvallen. It has the distinction of being the northernmost stadium to host a World Cup match. It is currently used mostly for football matches. Although the record for the stadium is 20,000 people in 1958, today the stadium holds 7,000 people.