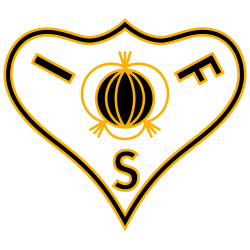 IF Sylvia is a Swedish football club based in Norrköping. The club, formed on 19 May 1922, is currently playing in the third tier of Swedish football, Division 1. The club is affiliated to the Östergötlands Fotbollförbund.

In the early years, the club was also playing bandy and other sports.

In March 2013, IF Sylvia and IFK Norrköping started a cooperation where Sylvia will act as a nursery for youth player from IFK. Sylvia will also be able to loan players from IFK at short notice. Nya Parken, formerly known as Norrköpings Idrottspark, also known as Östgötaporten for sponsorship reasons, is a multi-purpose stadium in Norrköping, Sweden. It opened in 1903 and is currently used mostly for football matches. It is the home arena for IFK Norrköping, IK Sleipner and for IF Sylvia. The stadium had a capacity of 19,414 people until 2008–09 when the arena was re-built. During the 1958 FIFA World Cup, it hosted some group stage matches. During the Euro 1992, it hosted CIS – Germany (1–1), Scotland – Germany (0–2) and Scotland – CIS (3–0), all in Group B.

In 2008–2009 the arena was rebuilt. The arena now uses Artificial grass and the capacity has decreased from 19,414 to 17,234 spectators. The new arena hosts 16 VIP booths, VIP seating for 515 spectators, three bars, two restaurants and small indoor training arena called "Teknikhallen". IFK Norrköping took over the ownership of the arena in 2010 from the city council of Norrköping in a 308.5 million SEK purchase. From its opening in 1904 until its renovation in 2009, the arena had been known as Norrköpings Idrottspark, but after the renovation the name was changed to Nya Parken.

In 2016, the arena changed name for the third time in its history. This time to Östgötaporten, after the naming rights was sold to a real estate company.