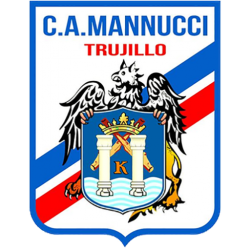 Carlos A. Mannucci, known simply as Mannucci, is a professional football club based in Trujillo, La Libertad, Peru.

The club is the most important in the city having represented Trujillo in the first division of Peruvian football in multiple occasions since the late 1960s. Its greatest accomplishment are its back-to-back Copa Perú championships. The club has a long rivalry with Alfonso Ugarte, and matches between the two teams are known as "el Clásico Trujillano". In recent years, it has also developed a rivalry against the other professional club in the city, Universidad César Vallejo.

Estadio Mansiche is the biggest stadium of the city of Trujillo and the home of the most important football clubs in the city, Carlos A. Mannucci and Universidad César Vallejo. The stadium also has a running track for track and field sports. The stadium is part of the greater Mansiche Sports Complex which includes the Coliseo Gran Chimu, a swimming pool, and other facilities.

It has hosted matched of the Copa Sudamericana in three occasions, and of the Copa Libertadores once. It hosted Group B matches during the 1995 South American Under-17 Football Championship. It hast also hosted matches at the 2004 Copa America and 2005 FIFA U-17 World Championship. Most recently, it hosted the ceremonies of the 2013 Bolivarian Games.