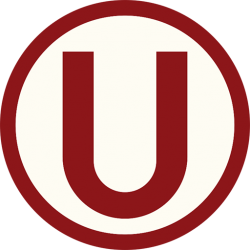 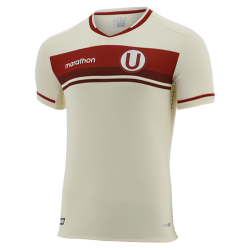 Club Universitario de Deportes, also popularly known as Universitario and La "U", is a Peruvian football club located in Lima. The club was founded in 1924 under the name Federación Universitaria by students of the National University of San Marcos but was forced to rename in 1931. Since 1928, the club competes in the top tier of Peruvian football, the Torneo Descentralizado. In 2000, they opened the 80,000-capacity stadium Estadio Monumental, currently the largest stadium in Peru and South America, retiring their smaller Estadio Teodoro Lolo Fernandez. Universitario and Alianza Lima are involved in the derby el Clásico, which has its roots in the club's first participation in the Primera División in 1928. It also has rivalries with Sporting Cristal, Deportivo Municipal, and Sport Boys.

Universitario has won twenty-six first division titles, it was the first Peruvian club to reach the final of the Copa Libertadores. The club won its first Peruvian title in 1929, one year after its debut in the first division. The club won its first double in the seasons of 1945 and 1946 and won its only treble after conquering the 2000 season. Universitario is one of the two most popular teams in Peru. Universitario's youth team is U América FC which currently participates in the Copa Perú. According to the International Federation of Football History and Statistics, an international organization recognized by FIFA, Universitario was the best Peruvian club of the 20th century and the 28th most successful in South America.

The Estadio Monumental (Monumental Stadium) is a football stadium in the district of Ate in Lima, Peru. It is the home of Club Universitario de Deportes, and it was opened in 2000 to replace the Estadio Teodoro Lolo Fernandez. Designed by Progreso International and Gremco S.A., Uruguayan architect Walter Lavalleja Sarriés led the construction of the stadium. It is Peru’s largest stadium and also the largest in South America. It has a spectator-capacity of 85,000: 65,000 seated in the four stands, 20,000 in luxury box suites known as palcos, and 600 VIP. The stadium was built in accordance with FIFA’s manual of technical specifications for World Cup finals.

The stadium has hosted some of the Peru national football team's international matches including FIFA World Cup Qualifiers. It also hosted the final stages of the 2008 Copa Perú. However, the Monumental was absent from the organization of the 2004 Copa América because of conflicts between the club and the organizers. In addition, between its opening in 2000 until 2007, only one edition of the Peruvian Clásico was played due to security concerns; however, in late 2008, the derby returned to the stadium.

On November 5th, 2019, the Estadio Monumental was selected by CONMEBOL to host the 2019 Copa Libertadores Final, after the outbreak of 2019 Chilean protests raised security concerns about the development of the match in Santiago, city initially chosen as host.