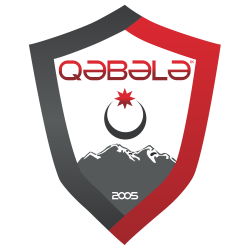 Gabala FK (Azerbaijani: Qəbələ Futbol Klubu, also spelled Qabala; pronounced ) is an Azerbaijani association football club representing Qabala in the Azerbaijan Premier League since 2006. Gabala has been the runner up in the Premier League three times and has won the national cup once, in 2019.

History
The club was founded under the name of Goy Gol on 3 July 1995, based in Goy Gol. On 1 September 2005, Goy Gol was registered in Gabala by the Ministry of Justice, before the AFFA registered the team as professional on 5 September of the same year. In the summer of 2006, the team moved from Goygol to Qabala, before the club changed its name to Gilan FK. Later, the club changed its name to Qəbələ FK on August 31, 2007.

On 10 May 2010, former Arsenal defender Tony Adams was appointed as new manager after signing a £1 million per year deal with the club. In his first season in charge Gabala finished at 7th place in Azerbaijan Premier League. In November 2011, Adams resigned from being Gabala's coach due to family problems.

Despite the appointment of managers like Fatih Kavlak and Ramiz Mammadov, the club couldn't reach a satisfactory position in the league and was struggling in the middle of the table for many years. On 29 May 2013, Yuri Semin was appointed as new manager after signing a £1 million per year deal with the club. In the same year, the club qualified for European cups for the first time in their history but lost to Neftchi Baku on penalties in the final of the Azerbaijan Cup.

In the 2015–16 season of the Europa League, they became the 3rd club from Azerbaijan to qualify for the group stage after Qarabag and Neftçi Baku. They eliminated Dinamo Tbilisi, Čukarički, Apollon Limassol and surprisingly Panathinaikos. They came 4th in their tough group of Borussia Dortmund, PAOK and FC Krasnodar. They got two points both from 0–0 draws against PAOK.

Following their defeat to Keşla in the 2017–18 Azerbaijan Cup Final, Roman Hryhorchuk left Gabala after his contract was not extended. On 30 May 2018, Gabala announced that Sanan Gurbanov had been appointed as the club's new manager on a two-year contract. On 31 August 2019, Gurbanov resigned as manager following Gabala's 4-0 defeat at home to Keşla. On 2 September 2019, Elmar Bakhshiyev was appointed as Gabala's caretaker manager. On 14 October, Azer Bagirov was appointed as the clubs manager until the end of the season.

Gabala City Stadium is a multi-use stadium in Gabala, Azerbaijan. It is currently used mostly for football matches and is the home stadium of Gabala FK. The stadium has an all-seated capacity of 2,000 spectators.