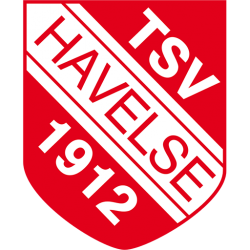 TSV Havelse is a German association football club based in Garbsen, Lower Saxony, near Hanover.

The club was founded in 1912 as FC Pelikan-Havelse by a group of thirteen young men from the small village of Havelse. They took their name from the maker's brand of the first football purchased by the club for the grand sum of 7,50 Reichsmarks. World War I took a heavy toll on the club, which was inactive for a time. In 1929, a local gymnastics club, Turnverein Havelse was formed and four years later the "Pelikans" took to the field again as the club's football side. Some time during the 1930s – club records are not clear – the club took on its current name.

For most of its existence this has been un-storied local side: the highlight for the team was a single season spent in the 2. Bundesliga in 1990–91. From 1986 to 1990 the club was led by Volker Finke, who played with the team from 1969 to 1974, and then went on to become the longtime coach of SC Freiburg. Their biggest achievements in the DFB-Pokal came against the same team. In 1991 and 2012, the club eliminated 1. FC Nürnberg to advance to the third and second round respectively of the competition proper.

Since 2010 the club has played in the tier four Regionalliga Nord with a second place in 2013 as its best result.

The club finished 3rd in the shortened 2020–21 Regionalliga Nord. They qualified for the promotion play-offs, as the top two teams, Weiche Flensburg and Werder Bremen II did not apply for 3. Liga licenses. They achieved promotion to the 3. Liga after winning 2–0 on aggregate against 1. FC Schweinfurt.

Wilhelm-Langrehr-Stadion is a football stadium in the Havelse district of the Lower Saxon town of Garbsen. It is home to Regionalliga side TSV Havelse.

TSV Havelse have played at Wilhelm-Langrehr-Stadion since 1933.

However, the stadium does not meet the requirements for the 3. Liga; therefore, TSV Havelse will play their home matches at the HDI-Arena in Hanover after being promoted to the 2021–22 3. Liga.