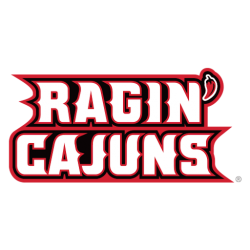 The Louisiana Ragin' Cajuns men's basketball program represents intercollegiate men's basketball at the University of Louisiana at Lafayette. The school competes in the Sun Belt Conference in Division I of the National Collegiate Athletic Association (NCAA) and play home games at the Cajundome in Lafayette, Louisiana. Bob Marlin is in his eighth season as head coach.
The Ragin Cajuns have unofficially appeared in 10 NCAA Division I Tournaments. However, they have officially only appeared in six; the other four appearances have been vacated. In 1972, they became the first school to make the tournament in their first year of eligibility, advancing to the Sweet Sixteen.

The Cajundome is a 13,500-seat multi-purpose arena located in Lafayette, Louisiana. It is home to the Louisiana Ragin' Cajuns men's and Louisiana Ragin' Cajuns women's basketball programs in addition to hosting various University events and commencement ceremonies including high school graduations.
The arena hosts many regional concerts (seating for concerts 8,481 to 13,500) and special events, such as World Wrestling Entertainment (WWE) events and the annual outdoor Cajun Heartland State Fair, an eleven-day state fair that attracts over 175,000.