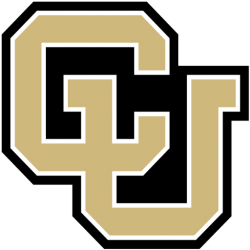 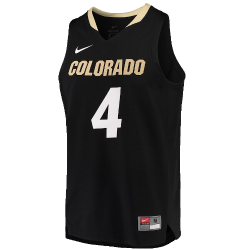 The Colorado Buffaloes men's basketball team represents the University of Colorado at Boulder. The team competes in the Pac-12 Conference of NCAA Division I. They are currently coached by Tad Boyle.

The Buffaloes have competed in fourteen NCAA Tournaments, making it to the Final Four twice (1942), and (1955). Colorado has played in nine National Invitation Tournaments, winning the tournament in 1940 and making the semi-finals in 1991 and 2011. The Buffs won the Pac-12 conference tournament in 2012, their first season as a member. The CU Events Center is an 11,064-seat multi-purpose arena in the western United States, on the main campus of the University of Colorado in Boulder, Colorado. Opened 40 years ago in 1979, it is home to the Colorado Buffaloes men's and women's basketball teams and women's volleyball of the Pac-12 Conference.

The building is an eight-sided concrete structure, with three levels: arena floor, service level, and the concourse level. Single-tiered inside, it replaced the Balch Fieldhouse, the current home of the indoor track and field team located directly adjacent to Folsom Field. The approximate elevation at street level is 5,370 feet (1,640 m) above sea level.