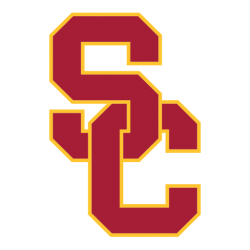 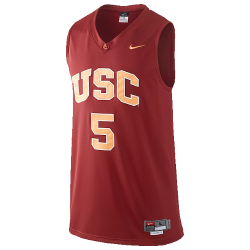 The USC Trojans men's basketball program is the college basketball team that competes in the Pac-12 Conference of the National Collegiate Athletic Association (NCAA) Division I and represents the University of Southern California.

The program was formerly coached by Tim Floyd, until his resignation on June 9, 2009. Other staff members include Phil Johnson, Bob Cantu, Gib Arnold, Rob Brooks and Rudy Hackett. Kevin O'Neill, who last coached in the NCAA at Arizona, was named the head coach by Mike Garrett on June 20, 2009. O'Neill was terminated in January 2013 after a 7–10 start. Longtime assistant Bob Cantu was given interim duties. On April 1, 2013, Andy Enfield, head coach of the Florida Gulf Coast University team known for its upsets during the 2013 NCAA Tournament, was named head coach. The Galen Center is a multipurpose indoor arena and athletic facility owned and operated by the University of Southern California. Located at the southeast corner of Jefferson Boulevard and Figueroa Street in the Exposition Park area of Los Angeles, California, United States, it is right across the street from the campus and near the Shrine Auditorium. The Galen Center is the home of the USC Trojans basketball and USC volleyball; in addition it hosts concerts, pageants, theatrical performances, high school graduation ceremonies, CIF championships and the Academic Decathlon. The annual Kids' Choice Awards were held here from 2011 to 2014, and returned in 2017.