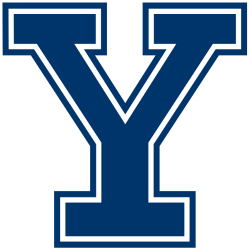 The Yale Bulldogs men's basketball team represents Yale University in New Haven, Connecticut, competing in the Ivy League. The team plays home games in the John J. Lee Amphitheater of the Payne Whitney Gymnasium. The current head coach is James Jones.
Yale has been named national champion on six occasions – in 1896, 1897, 1899, and 1900 by the Premo-Porretta Power Poll, which began retroactive selections with the 1895–96 season; and in 1901 and 1903 by the Helms Athletic Foundation, which began retroactive selections with the 1900–01 season. Penn and Yale played in the First College Basketball game with 5 men on a team in 1897.

The Payne Whitney Gymnasium is the gymnasium of Yale University. One of the largest athletic facilities ever built, its twelve acres of interior space include a nine-story tower containing a third-floor swimming pool, fencing facilities, and a polo practice room. The building houses the facilities of many varsity teams at Yale, including basketball, fencing, gymnastics, squash, swimming, and volleyball. It is the second-largest gym in the world by cubic feet and the 94th largest in the United States by square footage.