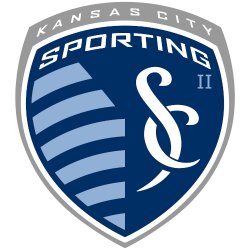 On October 22, 2015, the team was officially announced as the USL's 30th franchise, as were the Swope Park Rangers name, color scheme and logo. The Rangers replaced Oklahoma City Energy FC as SKC's USL affiliate, and was named after a nickname for SKC reserve squad in 2008. The team is Sporting Kansas City's third USL affiliate in the team's history, after previously having partnered with Orlando City SC and Oklahoma City Energy FC. Canadian Marc Dos Santos, who led Ottawa Fury FC to the NASL Soccer Bowl in 2015, was named the first head coach of the Rangers on November 20, 2015.

The Rangers finished their inaugural season in 2016 with a 14–10–6 record and finished fourth in the Western Conference. The side advanced to the 2016 USL Cup Final, becoming just the second team in USL history to do so in its inaugural season. The Rangers beat LA Galaxy II, Orange County SC and Vancouver Whitecaps FC 2 en route to the final where the side eventually fell 5–1 to New York Red Bulls II at Red Bull Arena. Goalkeeper Adrian Zendejas and winger Tyler Pasher were each signed by parent club Sporting Kansas City at the end of the season.

Following the conclusion of the 2016 season, Marc Dos Santos departed to take over at newly founded NASL club the San Francisco Deltas. His assistant for the 2016 campaign, Nikola Popovic, took the reins ahead of the 2017 season. The side continued to have success as Popovic led the team to a 17–8–7 record in the West and another fourth-place finish. Sporting KC also signed four more players from SPR during 2017 in Amer Didic, James Musa, Kharlton Belmar and Kevin Oliveira. Popovic resigned as head coach on November 17, 2017 after leading Swope Park to their second consecutive conference championship.

On September 30, 2019, the club announced that it would re-brand as Sporting Kansas City II ahead of the 2020 USL Championship season. Children's Mercy Park is a soccer-specific stadium in Kansas City, Kansas, United States, and is the home of Sporting Kansas City. The stadium is located near Kansas Speedway and it opened during the 2011 season of Major League Soccer on June 9, 2011 with a match against the Chicago Fire. The stadium has a seating capacity of 18,467 seats, which can expand to 25,000 for concerts. Most SKC games attract around 21,000 because of different stadium modes. The stadium is Sporting Kansas City's third home venue; then known as the Kansas City Wizards, the team played in Arrowhead Stadium from 1996 to 2007 and CommunityAmerica Ballpark from 2008 to 2010. In 2013, the stadium hosted the MLS All-Star Game, the United States men's national soccer team, and the MLS Cup, three of the most prestigious matches in the United States, and is the only stadium to host all three in the same year.