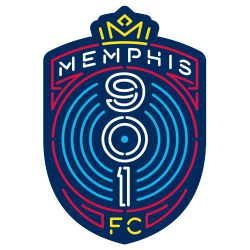 Memphis 901 FC is an American professional soccer team based in Memphis, Tennessee. Founded in 2018, the team made its debut in the USL Championship in 2019. AutoZone Park is a Minor League Baseball stadium located in downtown Memphis, Tennessee, and is home to the Memphis Redbirds of the Pacific Coast League (PCL) and Memphis 901 FC of the USL Championship. The Redbirds are the Triple-A affiliate of Major League Baseball's (MLB) St. Louis Cardinals. In 2009, the stadium was named Minor League Ballpark of the Year by Baseball America.