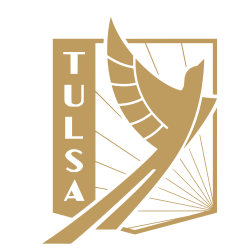 FC Tulsa is an American professional soccer team based in Tulsa, Oklahoma which competes in the USL Championship, the second tier of the American soccer pyramid.

The club was founded as Tulsa Roughnecks FC by Jeff and Dale Hubbard, brothers and co-owners of the Tulsa Drillers minor league baseball franchise. The Hubbards were announced as co-owners and co-chairs on December 18, 2013. Prodigal, LLC., owner of Oklahoma City Energy FC, another USL club, served as a minority owner.

On February 26, 2014, it was announced that the team would be known as Tulsa Roughnecks FC, paying homage to the original Roughnecks which played in the original North American Soccer League from 1978 until the league folded in 1984 (and were best known for winning Soccer Bowl '83). The name received nearly 50% of the votes in a "name the team" contest held in February 2014.

The team logo, colors and uniforms were introduced on September 2, 2014. The oil derrick in the logo, as well as the name of the team, is a reference to Tulsa’s ”Oil Capitol” heritage; the dictionary definition of a “roughneck” is a worker in an oil-well drilling crew. The team colors are Orange and Navy Blue with all kits supplied by Adidas.

On August 20, 2019, it was announced that the Craft family, composed of Tulsa natives and brothers JW, Ryan, and Kyle Craft, had acquired the club from the Drillers and Prodigal Soccer.

On December 4, 2019, the club announced that it would become renamed as FC Tulsa beginning with the 2020 season.

ONEOK Field (/ˈwʌnoʊk/ WUN-ohk) is a baseball park in Tulsa, Oklahoma. Located in the historic Greenwood district adjacent to downtown Tulsa, it is the home of the Tulsa Drillers of the AA Texas League. The stadium is named for ONEOK, a natural gas utility.

ONEOK Field has also been the home of FC Tulsa of the USL Championship since 2015.