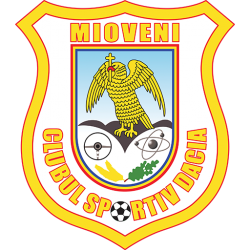 Clubul Sportiv Mioveni commonly known as CS Mioveni, or simply as Mioveni, is a Romanian professional football club based in Mioveni, Argeș County, currently playing in the Liga II.
They were founded in 2000 as AS Mioveni 2000 and play their home matches at the Stadionul Orășenesc, which has a capacity of 10,000.

Stadionul Orășenesc is a multi-purpose stadium, frequently used for football. It is located in Mioveni, Romania. It is the home ground of local club CS Mioveni, which as of 2016 plays in Romanian Liga II.
Also Internaţional Curtea de Argeș played its 2009 Liga I home matches here, while their home ground Municipal Stadium was undergoing renovation.