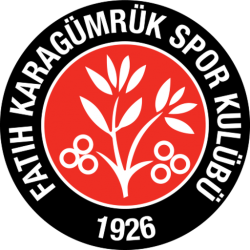 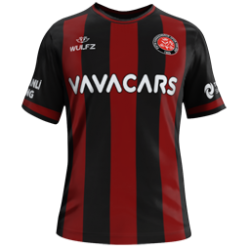 Fatih Karagümrük S.K., also called Karagümrükspor, is a Turkish professional football club based in the Karagümrük neighbourhood of the Fatih district in İstanbul. They currently play in the Süper Lig, the top tier of Turkish football. he Atatürk Olympic Stadium (Turkish: Atatürk Olimpiyat Stadı, pronounced ) is a stadium in Istanbul, Turkey. Located in the western district of İkitelli, it is the largest-capacity stadium in the country. The stadium is named after Mustafa Kemal Atatürk, the founder and first President of the Republic of Turkey. Its construction began in 1999 and was completed in 2002. It was originally built for Turkey's failed bid for the 2008 Olympic Games that were ultimately awarded to Beijing, China. It cost about US$140 million.

With its 76,761 (all-seater) capacity and Olympic size, it was granted the "5-star sports complex" title by the UEFA in 2004, enabling it to host the finals of UEFA events. The 2005 UEFA Champions League Final between Milan and Liverpool was played at the Atatürk Olympic Stadium on 25 May 2005. The stadium is also certified by the IAAF and IOC as a first-class venue for track and field, and has hosted several European athletic competitions. The stadium was originally scheduled to stage its second Champions League final between Paris Saint-Germain and Bayern Munich on 30 May 2020, but following the COVID-19 pandemic in Europe the match was postponed and later rescheduled to August at the Estádio da Luz in Lisbon, Portugal behind closed doors; the stadium was then set to hold the 2021 final between Manchester City and Chelsea instead, but the match was once again moved to Portugal, this time at the Estádio do Dragão in Porto. The stadium is scheduled to host the 2023 UEFA Champions League Final.

Süper Lig football team Istanbul BB used the venue as their home stadium until they moved to the Başakşehir Fatih Terim Stadium in 2014. Galatasaray played its home games at the Atatürk Olympic Stadium during the 2003–2004 football season because their own venue, the Ali Sami Yen Stadium, was under renovation. Galatasaray eventually returned to Ali Sami Yen for the 2004–2005 season, but played 2006–2007 UEFA Champions League group stage matches at the Atatürk Olympic Stadium. Sivasspor also played some of its Süper Lig home games at the Atatürk Olympic Stadium due to bad weather conditions in their original hometown stadium. Beşiktaş used the arena in the 2013–14 season to play most of their home games, with the reasoning being the same as Galatasaray's, while their own stadium, the Vodafone Arena, was under construction.